One of the most disconcerting things about turning 50 is that inevitable moment when you realize – perhaps in the midst of your Yoko Ono impersonation at a party – that you have completely lost your ability to judge whether something is amazingly hip or not.

After all, many once-cool things have plummeted from grace. Aluminum siding. Margarine. Bill Cosby.

Here’s a good rule of thumb: If it was un-cool when you were growing up, it’s probably super cool now. Such as…. 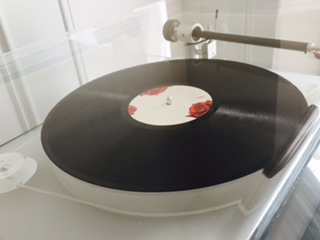 Vinyl is a work of art.

Whereas cassettes are just confusing. 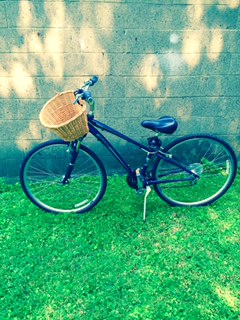 A hippy’s preferred mode of transport on his way home to his tiny house. 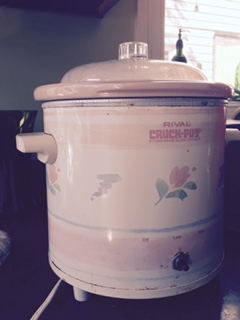 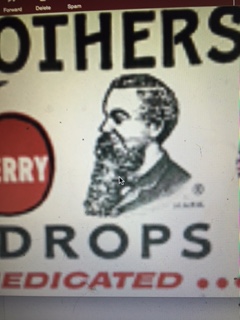 This is a modern man.

How to be 50: How to Send Your Kid to College

As August drags on and college gets closer, remember that this is a transition for the whole family. But mostly, it’s a transition for you, and four years of Party Central for him. Here are some fresh new ways to tackle this age-old rite of passage. 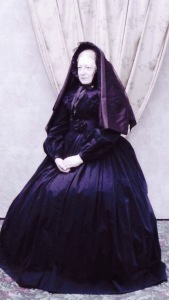 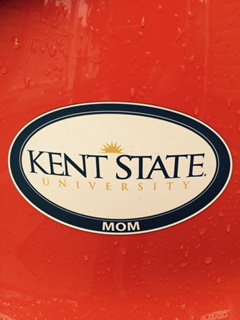 Because this is how you still see your college kid.

How to be 50: How to Shop for College

As August drags on, many of us need to go college shopping. You may remember this fun ritual from your own undergraduate days, when you rampaged through Sears, locked in mortal combat with your mother over whether to buy the neon green or dusty rose colored towels. Never fear, it’s just as much fun on the other end. Follow these tips for a shopping adventure to delight everyone. 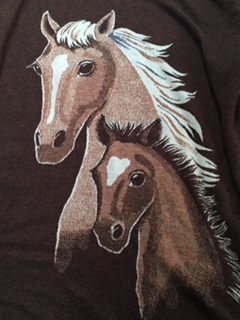 If you went to college in the eighties, you had one of these blankets.

Your kid is a little Draco.

For years, a parent’s best friend.

How to be 50: How to Survive Summer

Sun-In, and sunlight, and you’ll be blonder to-ni-ight. (Because in the right light, blonde and grey are indistinguishable.)

At 50, you know that summer’s not the non-stop party you were told it was by Seventeen Magazine and Sun-In commercials. We fifty-somethings tend to get cranky when confronted with bugs, humidity, and carefree beach music from days gone by. (Can we please stop pretending there is any reason to ever hear John Travolta and Olivia Newton-John croon “Summer Nights” again?)

To get through this often onerous season:

Come on, it’s hard to remember every special occasion in the summer.

Or this, whatever it is. 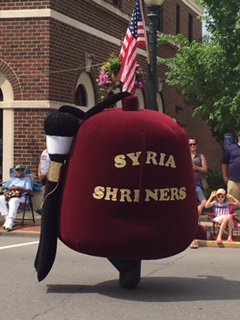 Remember, things could be worse this summer. You could be the guy in the fez costume. 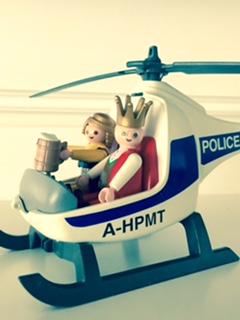 As we approach 50, the thought of standing in line for three hours at airport security seems less and less appealing.

At our age, we just don’t have that kind of time to waste.

And yet, life often calls upon us to get on an airplane. Of course, everyone hates it. But you hate it more if you have memories of flying in the 1980s, when airline security consisted of a friendly nod, and you were presented with a hot meal and a pillow no matter how short the flight was.

Here’s how to make the waiting and the actual travel more bearable in middle age.

You’re never too old for Pikachu, are you? Well, yes, but don’t let that stop you. 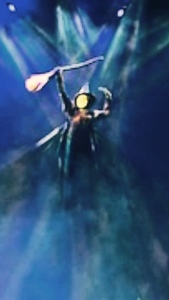 Would you prefer “Let it Go?” 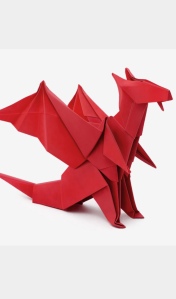 He who knows origami never lacks for friends.

You’re so much cooler than your fellow travelers.

How to be 50: How to Help Your Kid Pick a College

Let’s face it: At 50, we barely remember why we chose the college we did. Maybe we randomly picked a school close to home, or gravitated to the university where our current girlfriend/boyfriend was headed. If our parents were involved, it was only to co-sign the student loans.

The expectations are different today. Your child’s success, after all, is your success, and nothing is more important than shoving your kid vigorously in the right direction. Here’s a little road map to help:

The enemy approaches, and it is the first tuition payment. 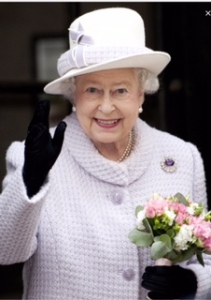 We’re gloating over our good grades!

What tales this piece of molded plastic could tell! 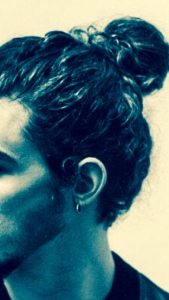 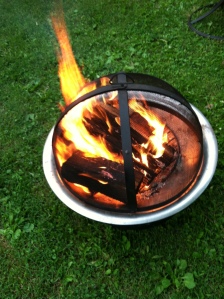 How to be 50: How to Host Thanksgiving 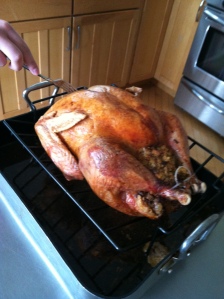 If you successfully roast a turkey, a new 2015 law dictates you must immediately share your accomplishment on social media.

Now that you’re deep into middle age, the holidays have changed. It’s more likely that you’ll be hosting the shindig this year, rather than traipsing over the river and through the woods to Grandmother’s house with two cans of cranberry sauce in your purse and a grudge in your heart.

Of course, there’s no shortage of know-it-alls to consult for tips. We suggest the How to be 50 way instead. That is:

Everyone giggle at once. 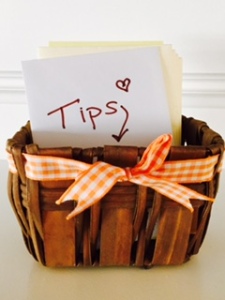 No contribution is too big.

Confound your guests by making it clear that your cat is king. 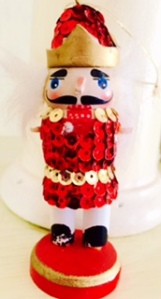 Football socks please everyone; the game, not so much.

The open road beckons. If only you could remember where you put the car keys.

At your age, you don’t need anyone telling you how to drive. Not your spouse, not your kids, and especially not that crackpot pedestrian who screamed at you this morning when you “almost took her out.” (What was she doing in the middle of the crosswalk, anyway?)

But still. A quick review never hurts. (It’s 35-plus years since you took Driver’s Ed, after all – and you were pretty distracted by that cute junior two rows in front of you.) To stay in tip-top shape behind the wheel:

Even this seemingly innocuous bottle can be a threat to the middle-aged driver. 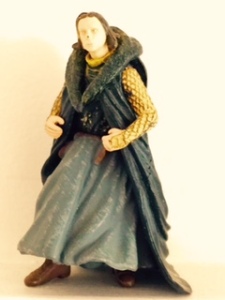 Grima Wormtongue is the perfect guide to your destination. (As long as it’s in Rohan.) 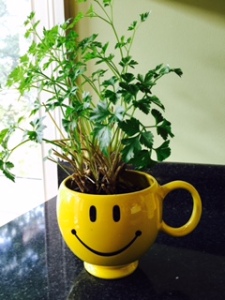 Perfect gift for your fellow travelers! 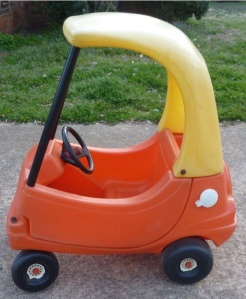 This baby’ll turn some heads.

How to be 50: How to Update Your Decor

A Pac-Man table is equally at home in formal or casual settings.

If you’re 50, and you’ve lived in the same home for years, you’ve got your style down pat, even if you haven’t revised it since 1988.

Here at How to be 50, we’re not overly concerned with trends. That’s why Pinterest is confusing to us. (Not to mention, we always want to pronounce it “Pin-Interest.” We also hate crafts.)

But we at How to be 50 don’t want your hipster neighbors making fun of you. So next time you’re cruising Home Depot, think about: 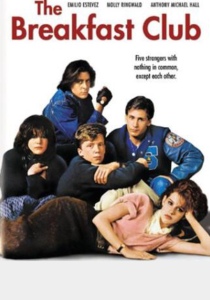 Guaranteed to launch a thousand boring stories from middle-aged guests. 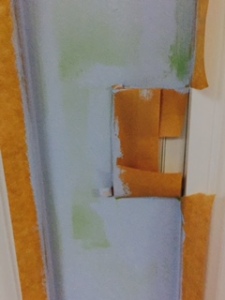 A thousand sins can be quickly covered with this stuff.

Serve extra butter and your house gets rave reviews! 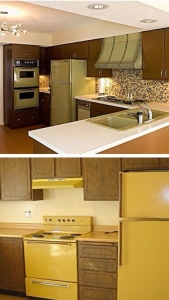 People used to pay for this color. Some still do.

This passes for imaginative decorating these days.

“Everybody dance now” is sometimes a command that must be obeyed.

Do you need to dance, at 50? Well, sure, you say. I like to toss on an old Wham! CD and boogie around my living room every now and then.

But that’s not what we mean. In mid-life, there are occasions when you need to dance in public, including but not limited to: Your kid’s wedding; the annual work-related social event your spouse drags you to; and one of those rare but glorious funerals where the music starts and everyone hits the dance floor.

Don’t let the rhythm catch you unprepared. Instead:*

Up, up, and away goes everyone’s attention.

You know you remember the steps.

Half of Wham! but all of our hearts.

* If your goal is to embarrass your children with your dancing, please disregard all of the above advice.